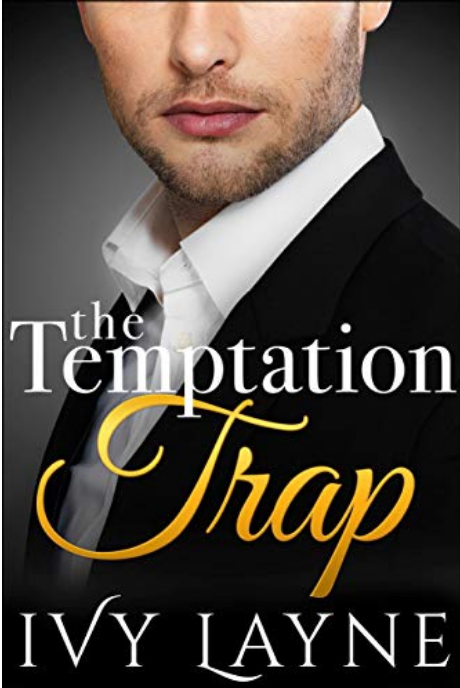 The Temptation Trap, by Ivy Layne is a 430-page contemporary romance novel and is the third book out of a 3-part series of “The Billionaire Club”. It is written from a first-person POV, two-sided.

Ivy Layne is an author who generally writes dirty, dirty sex scenes. So if you’re someone who is looking for some dirty read (which there is nothing wrong with that) this is the book for you.

And the plot thickens as we get deeper into the story around the Russian mob that has been terrorizing our protagonists since book one, The Wedding Rescue.

Emma, though represented as a heavyset woman, I’m happy to say is depicted as having a healthy self-esteem. That may sound weird for me to say, but the reason I mention it is because when women who are heavier are represented in stories, they are typically represented as having low self-esteem and do not find themselves attractive. I hate that. So I’m glad that isn’t how Emma is represented. She is playing a dangerous game though. She is a mole for the FBI and is gathering information to take down her boss who is providing shipping of goods (weapons, drugs, people) for the mob.

Axel Sinclair brings the intro of Sinclair Security into the world Ivy has created. He was hired by Emma’s boss to find dirt on her. According to Emma’s boss, he believes she’s stealing company information and passing it off to a competitor, hello insider trading. Axel knows he needs to get close to Emma to get the dirt so he sets himself as her boyfriend.

Okay, so that plot device of being a fake boyfriend can be hard for some people to swallow because you basically have a protagonist misleading the other protagonist in a cruel way. I think the author did a really good job rectifying the situation within the individual POVs. Axel caught feelings for Emma and hates that he has to do this, but he is pretty driven by his job and being in security means sometimes you have to do stuff you don’t want to do. Especially, it can appear reprehensible.

I liked both characters, but it was a little tense sometimes because you want Axel to do the right thing in the beginning, but that isn’t what happens, but you know how it is in novels. Make the protagonists hurt.

I appreciate that the author doesn’t go into the nitty gritty or bog down info on the mob. It’s realistic enough that you can accept it, but you aren’t getting lost in the minutiae in how the mob is doing things.

Ivy also does books for the other Sinclair brothers in the “Untangled” series, which I will also write reviews on.

Other reviews for books in this series can be found here: