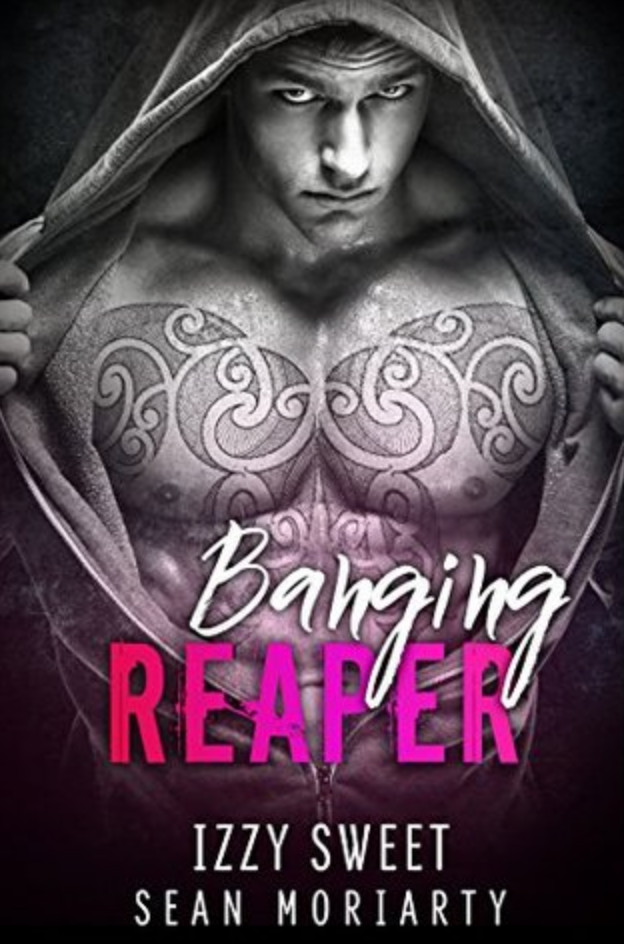 Banging Reaper, by Izzy Sweet & Sean Moriarty is a 244-page contemporary sports romance novel and is the first book out of a 5-part series. And since this is a series, you can expect reviews by this author pretty back to back for the next few weeks as I go through the books. It is written from a first-person POV, two-sided.

This is the second pair of authors I’m reviewing that write books together. I don’t think I’ve ever read a book by Izzy Sweet that didn’t include Sean Moriarty.

Avery had a rough life. Her mom abandoned her to her grandmother when she was five and she was lucky enough to have had her grandma to college, but they did not grow up with any money. The one person she could always depend on was a man she had met in high school, Ethan. Ethan having grown up well off has helped Avery financially as much as she’d allow by helping her pay for her grandma’s funeral, giving her a job, and overall being there for her. Avery’s proud. She doesn’t want to owe Ethan, but feels that she does which is why she attends MMA fights with him as support and to cheer him on. What she didn’t realize is Ethan wanted a lot more from her than she was willing to give him and that’s when she meets Chase.

Chase is a champion MMA fighter and has won 23 out of 25 of his fights, but the fight that he wasn’t expecting was the one against himself when he sees Avery in the arena. He wanted her, because Chase? Well, he’s not the kind of man that settles down, but when he has Avery his mind has been changed.

One thought on “Banging Reaper by Izzy Sweet & Sean Moriarty”