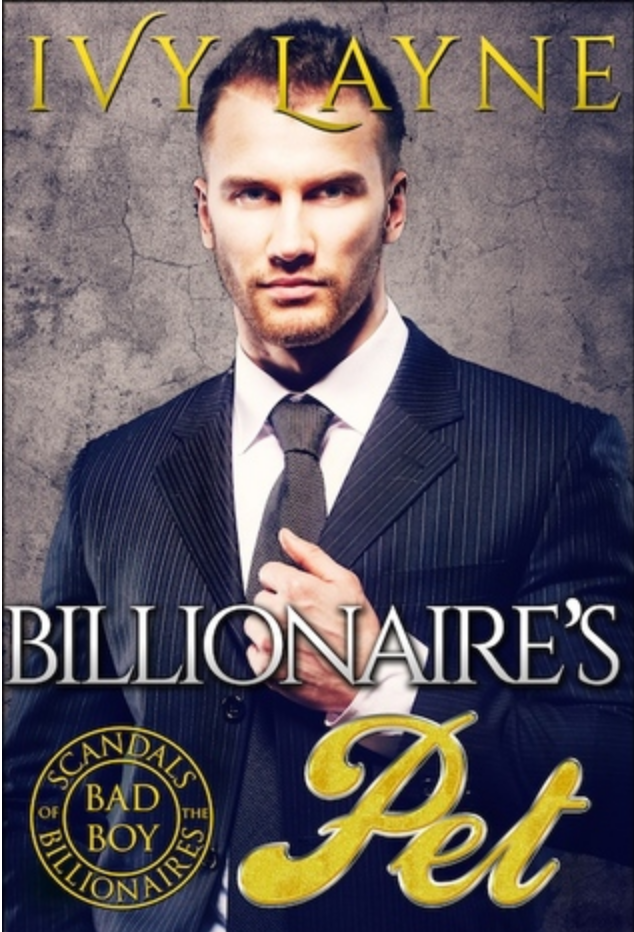 The Billionaire’s Pet, by Ivy Layne is a 342-page contemporary romance novel and is the third book out of a 10-part series (other reviews can be found below). And since this is a 10-part series, you can expect reviews by this author pretty back to back for the next few weeks as I go through the books. It is written from a first-person POV, two-sided, though it was very imbalanced. It is a thirty chapter book and only a third of the book was in the hero’s POV.

Ivy Layne is an author who generally writes dirty, dirty sex scenes. So if you’re someone who is looking for some dirty read (which there is nothing wrong with that) this is the book for you. I will warn you ahead of time if you are reading this series, this book in particular had A LOT of sex…almost too much for my liking.

Abigail has made so many poor choices in her life, but to be fair to her some of the choices were purely driven by circumstance and despair. It isn’t her fault that her father squandered their wealth. It isn’t her fault that her mother was diagnosed with Alzheimer’s at such a young age. So she did what any good daughter would do, marry for money to take care of her mother after her father passed. Her mistake was blindly getting involved with a family who was in organized crime. After her husband passed, her father-in-law decided to swoop in and use her as a bargaining chip (yes, sell her body) to a motorcycle gang. What does she do? She turns to a man who has always been attracted to her, Jacob Winters.

Jacob had a thing for Abigail since he saw her for the first time in an art gallery four years ago and the need to possess her had not faded. Yeah, he was being a bastard by proposing this to her, but the rules in his mind were clear, no emotions. He’d take care of her, he’d make sure her mother’s bills were paid and she was looked after, more importantly he’d keep Abigail safe from her father-in-law who was on a rampage looking for her. The catch? She had to be his “pet”.

Summary of other books in the Winters Saga:

7 thoughts on “The Billionaire’s Pet by Ivy Layne”